You are here: Home » News » Solve the problem of 3D chip stack and break the limit of Moore's law 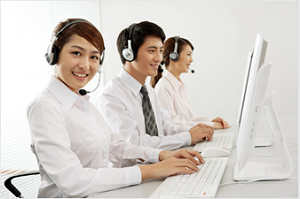 To solve the problem of liquid cooling when 3D chips stack, the defense advanced research projects agency (DARPA), in collaboration with IBM and the Georgia institute of technology, has developed an in-chip/inter-chip enhanced cooling program that USES an insulating dielectric refrigerant (instead of water).

The researchers working on the prototype say the method reduces the cost of cooling a supercomputer's CPU by pumping refrigerants through the entire microfluidic chip channel and safely pumping them between each chip, cooling even the inside of the thickest 3D chip stack.

DARPA's ICECool program USES microfluidics to cool the interior of a substrate, chip, or package in hopes of overcoming the limitations of remote cooling with "embedded" thermal management.

The progress achieved reduces the interface temperature by 25 [44], reduces power consumption by 7%, and the cooling architecture is simpler.

Chainer reviews how the multicore architecture shift overcame the 5GHz speed limit of processors a few years ago.

Now, the interface temperature can be lowered by 44, allowing the engineer to start the pulse again.

When cooling a 3D chip stack with an insulating dielectric fluid, the dielectric fluid boils into steam and extracts heat from a 50-micron stack spaced 100 microns apart, allowing bare metal through holes to run between the chips, forming interconnections like water coolers without short-circuiting.

"We are living in the most exciting moment of computer innovation," he says, "as the ingenuity of engineers overcomes the limitations of Moore's law that were once thought insurmountable."

Through the water cooling system, IBM was able to eliminate the need for air conditioning in data centers.

Before deciding to use Honeywell's Solstice Ze r-1234ze, IBM evaluated a dozen refrigerants because refrigerants are liquid at room temperature but evaporate at normal chip temperatures (up to 85 or 185) and extract heat as they do so.

Because refrigerants return to their liquid state at room temperature, there is no need for compressors like those used in traditional refrigerators.

In contrast, Solstice Ze r-1234ze requires only the guidance of a copper tube coil, similar to an alcohol distiller or a car heat pipe, to return the liquid form across or between the chips.

Honeywell refrigerants are also dielectric, so they can be pumped between chips without the need for metal element insulation, including silicon perforation (TSV).

Microfluidic channels can be executed via a single chip, covering all 3D stacked chips.

The best use of a noncorrosive refrigerant on a 3D stack is to whiten the CMOS chip to a thickness of 50 microns, leaving a gap of 100 microns between them.

A hollow rectangular spacer around the edge contains the refrigerant in the stack, with joints on each side pumping in liquid on one side and removing its steam on the other.

The steam then passes through the still, allowing the refrigerant to return to liquid form for pumping back into the chip stack.

"We expect manufacturers of green refrigerants like Honeywell and 3M to research and produce customized formulations for the semiconductor industry, but Solstice r-1234ze is the best product we can find," says Chainer.

While IBM and Georgia Tech focus on high-performance commercial computers under the ICECool program, companies like Raytheon and Boeing produce solutions that can be used to cool radar devices and other uhf devices in defense applications.

DARPA's program achieved its goal in about four years.

Now IBM, Raytheon and Boeing are transferring technology from their research LABS to manufacturing.

These technologies are expected to be available in commercial products and military equipment as soon as 2018.

If you have any questions about the chip stack system, we can provide professional technical support and services.